Coming Out of the Fanfiction Closet Part Two: But do the original authors approve?

This is part of a series on fanfiction. For the first entry, click here.

So you’re a famous author. You’ve written a series that’s captured the imaginations of millions of readers. You have fan clubs, a movie deal, hordes of Twitter followers, and high six-figure royalty advances. Then along comes some upstart fan who hijacks your creation, twisting the setting and characters you built so lovingly into their own plot.

It sounds like a grievous offense, one to which any author would object, and possibly sue. When asked, many authors will say they’re adamantly opposed to the idea of fanfiction. 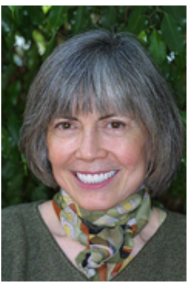 Fanfiction-averse authors consider it a source of physical illness (Diana Gabaldon says “it makes me want to barf whenever I’ve inadvertently encountered some of it involving my characters”), an attack on livelihood (Charlie Stross and Orson Scott Card), and a sense of geographical invasion (Ursula K. LeGuin). The most famous anti-fanfiction author of all, Anne Rice, writes,

“The characters are copyrighted. It upsets me terribly to even think about fan-fiction with my characters.”

Such reactions are certainly understandable. A writer draws on a tremendous amount of imagination, research, and plain hard work to make a novel. Some fictional worlds are not particularly suited to fanfiction, either; for instance, the character-focused world of Gabaldon’s Outlander series couldn’t be appropriated without twisting those characters far beyond the author’s intent.

Some fictional worlds, however, are so sprawling and contain so many peripheral characters that they almost beg for fanfiction. Harry Potter, Lord of the Rings, and of course the mother of all fandoms, Star Trek, all seem to have room for canon and fandom both.

Rather than fighting fanfiction, some authors look upon it with tolerance. Most famously, J.K. Rowling has encouraged fans of Harry Potter to write (clean) fanfiction, and was “flattered people wanted to write their own stories” based on her series. Producers of the hit TV series “The X-Files” even went so far as to dedicate an entire episode (“Alone”) and guest character to Leyla Harrison, an X-Files fanfiction author who passed away from cancer. In an article for Time Magazine The Magician King author Lev Grossman argues that fanfiction is not only a valid form of art, but that it generates healthy (and profitable) immortality for beloved characters.

Who owns a story?

The legal status of fanfiction is—pun intended—fifty shades of gray. Copyright and intellectual property law protects creative writers from others who might seek to profit from their work. But there’s the key word: profit.

Works based on something in the public domain—for example, retelling Pride and Prejudice from the point of view of Mr. Darcy—are in the clear, even for profit. And modern fanfiction, by its very definition and disclaimer, does not profit the fan writer. It’s obviously violation of the law to sell stories based on another living author’s work, but fanfiction is mostly posted online and free for all to read. But is it legal?

Where things get tricky is when an original work of fiction is based on a copyrighted series. The names “Harry Potter” and “Captain Kirk” are not themselves copyrighted (Disney fans, take note: “Mickey Mouse” is actually copyrighted). Fanfiction doesn’t lift direct quotes and passages from its inspiration, as that would be illegal distribution. It’s completely derivative, yet it’s also original in terms of the raw construction of sentences, dialogue, and plot. This gray area is likely the reason why no one has ever gone to jail over fanfiction—because it’s not technically a violation of copyright. It may be a violation of other things, from the author’s sensibilities to the basic rules of grammar, but it’s hard to prove real damages from fanfiction.

(Note: I’m not a lawyer. Please don’t take anything that’s mused upon in this column as legal advice to sell your Star Wars fan stories.)

How much money do authors really lose because of fanfiction? Or does it help sales?

The evidence suggests that at the very least, fanfiction doesn’t hurt. The most profitable book series in history, Harry Potter, also has the most fan stories by far. Would Scholastic, Bloomsbury, Warner Brothers, and J.K. Rowling have made a billion more dollars if fanfiction was disallowed?

I would argue that part of the reason the books are so successful is because of the tremendous emotional investment of the fans. Someone who loves a series enough to write fanfiction about it is someone who will buy every book, see every movie, and probably purchase special edition DVDs, t-shirts, and action figures. Even those who merely read fanfiction don’t use it to replace the real thing.

As long as fanfiction authors don’t profit directly from their stories, it would seem that the practice—while possibly annoying to authors—actually helps the bottom line.

Fanfiction writers who profit (and plagiarize)

When does fanfiction cross the line? Many authors become rightfully angry—and litigious—when a fanfiction writer steals more than just a set of characters or a fictional world. Two famous cases reveal the dark side of fanfiction.

Cassandra Clare and “The Draco Trilogy”

If the name Cassandra Clare sounds familiar, it should: she’s the author of the bestselling YA series The Mortal Instruments. But for anyone in the Harry Potter fandom, the name has a more scandalous association. Before she had her own major book deal, “Cassandra Claire” (slight change in spelling) was the online pen name under which she wrote a popular Harry Potter fanfiction called “The Draco Trilogy.”

Most fanfiction authors know not to use direct quotes from the books their stories are based on, as this can put them in hot legal water. Cassandra Claire, however, didn’t plagiarize from the Harry Potter series; instead she lifted dialogue from sources like Buffy the Vampire Slayer, Angel, and Blackadder, and even paraphrased entire scenes and plotlines from a little-known published fantasy series by author Pamela Dean. Some of these sources were acknowledged in disclaimers, but not every time.

As a result, “Cassandra Claire” was banned from the website fanfiction.net and her stories removed. While none of this was ever prosecuted, the debacle tainted fanfiction … though not Cassandra Clare herself. Due to the enormous popularity of “The Draco Trilogy,” Clare signed a major book deal with Simon & Schuster for The Mortal Instruments. Did she profit from fanfiction? Not directly, but indirectly. She certainly used her fanfiction fame (and pen name) to sell her original series.

E.L. James and “Master of the Universe”

As research for this blog post, I downloaded the first chapter of the adult romance novel Fifty Shades of Grey, currently holding the #1 spot on the Amazon Kindle store. As an avid reader of fanfiction, I could tell its origins immediately. The characters (renamed Ana and Christian) were Bella and Edward from Twilight right down to the barely-altered details. Supporting characters include “Jose” (Jacob) and “Kate” (Rosalie). And indeed, the Fifty Shades books are just a few “find/replace” strokes away from author E.L. James’s NC-17 Twilight fanfiction entitled “Master of the Universe.”

Galleycat  found an archived copy of the original fanfiction and compared its first chapter with the published Fifty Shades. The result was uncanny:

“[Bella narrating] I have to head into downtown Seattle and meet the enigmatic CEO of Cullen Enterprise Holdings, Inc. Allegedly he‘s some exceptional tycoon who is a major benefactor of our University and his time is extraordinarily precious… much more precious than mine – and he‘s granted Rose an interview… a real coup she tells me… Damn her extra-curricular activities.”

“[Ana narrating] … I have to drive a hundred and sixty-five miles to downtown Seattle in order to meet the enigmatic CEO of Grey Enterprises Holdings Inc. As an exceptional entrepreneur and major benefactor of our University, his time is extraordinarily precious – much more precious than mine – but he has granted Kate an interview. A real coup, she tells me. Damn her extra-curricular activities.”

The entertainment world is waiting to see if Stephenie Meyer will sue. After all, the Twilight series is innocent and mostly PG, whereas E.L. James’s version is classified as erotica. It might be Twilight rewritten for an adult audience, but the fact remains that the characters have already been written (and copyrighted) by another author. Now there’s even buzz that Twilight actor Robert Pattinson could be cast in the lead role of the film version of Fifty Shades of Grey—one can only hope he’ll say no to playing two different shades of Edward Cullen.

On the other hand, maybe all this fanfiction-for-profit is a sign that nothing is off limits when it comes to making a buck, and I should change the names in my popular Lord Voldemort/Luna Lovegood fanfiction story and pitch it to a major publisher. Stay tuned for news of my seven-figure book deal. 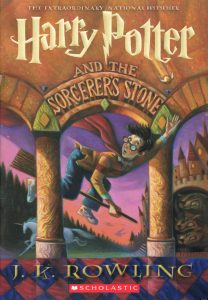 Fanfiction isn’t going anywhere, and making it illegal won’t stop a few unscrupulous writers from benefiting from it. The vast majority of fan writers are well-intended and full of respect for the author’s work. In Fanfiction Part One I admitted that I myself am a writer of fanfiction, and continued writing fan stories even after I was published “for real.” What I didn’t do was use it to try to launch my own career. You’d have to do some searching to discover my fandom persona!

It’s probably in the best interest of authors and publishers to come to terms with fanfiction, and as Lev Grossman suggests, even embrace it. Passionate, dedicated fans are the coveted demographic for any book, movie, or television series. As long as fan writers don’t use another author’s fandom for their own personal gain, the relationship between original fiction and fanfiction can be a healthy symbiosis.

As for me, I’m off to buy a Slytherin House scarf.

Ready to turn your fanfiction into a real novel? Interested in seeing if your writing can break out of fanfiction and into the published world? We have professional editors and marketing experts that can help you every step of the way. Please contact Ross Browne at the Tucson office for more information.