Skip to content
Home/Miscellaneous/Miss Manners for Authors, Part 3
Previous Next

Miss Manners for Authors, Part 3 Our staff weighs in on best practices for responding to book reviews, good and bad

So what about reviews? If you get a good one—from a stranger, not your mom—it’s cause for major celebration: dancing around the room, busting out the champagne, wildly bursting into a song from The Sound of Music. But if you get a bad one, well, nothing can ruin your day faster. Now that your baby, aka your “book,” is out in the world and earning its keep, how do you deal with the emotional highs and lows of audience reaction?

Responding to reviews and feedback

There are two schools of thought on this. One is that you should never, ever, EVER respond to reviews. We mostly agree with this. You should be the proud rock against which the fickle waves of public opinion crash. So The New York Times  skewers your book and says you’re a Grub Street-grade hack writer—who cares? (Not if we can help it!) Smile and brush it off and say, “You can’t please everyone.” Besides, if the NYT is reviewing your book in the first place, you’ve got enough initial buzz and a print run that allows you to cry all the way to the bank.

But no one really cares about what professional critics say. The bigger temptation is to engage with the non-professionals: the Amazon.com reviewers who hide behind usernames. This crowd of nobodies judges your book, and there’s that “Respond” button beneath every review that beckons you to justify your purple prose (it’s meant to be ironic!) or your plot twist (it worked in Inception!). 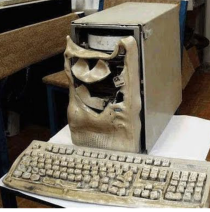 <—-This is what happens to the computers of authors who respond to online reviewers.

There are several hilarious examples of authors behaving badly in response to a negative review. For instance, in a now-infamous meltdown, self-published author Jacqueline Howett called a reviewer—who gave a qualified negative review, stating that her book had a good premise but needed better copy-editing—a “big rat and a snake with poisenous [sic] venom” and demanded that he “get this review off here!” She ended the exchange with a classy, “F*** off.”

Most of us would never behave quite so egregiously, of course, but it doesn’t change the fact that high emotions will probably still find a way into your response. It hurts to be criticized. Shaking off a negative response to your lovingly-crafted novel is one of the hardest things in the world to do, but it’s better than the alternative, which is feeding a bad review with further attention.

Oh, all right, if you must…

Say a reviewer says something that’s blatantly incorrect or unfair, and you (especially if you’re a self-publisher) feel that you can be polite and rational in addressing the issue. One of The Editorial Department’s clients showed a good example of how to do that very thing, R.E. McDermott with his best-selling Deadly Straits. Note the following response to a reviewer on Amazon: 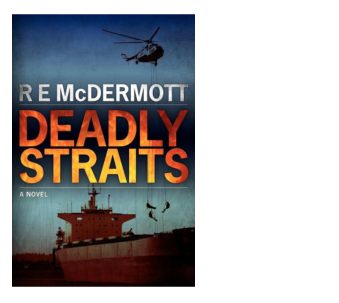 “Thanks for trying a new author. While I greatly regret the story didn’t engage you, I sincerely appreciate you taking the time to read and review Deadly Straits. I’ve absolutely no problem with your frank and honest critique detailing areas where you found the work wanting. I want to grow as a writer and understand I can only do so by considering all reader feedback, positive and negative.”

The lesson? You can treat your book like a product and respond to customer complaints, but in order to do so effectively, your “sensitive writer” self must be firmly switched off.

There’s an old Japanese saying that goes, “The nail that sticks out gets hammered down.” In this context, when you achieve any sort of fame, even the smallest degree afforded to a published author (i.e. you get name search results on Google that are actually you), you can expect to be contacted by all kinds of people from your past.

Some of these reunions might be joyful—old friends from school may congratulate you, read your book, tell their friends to buy it, and ask for a place in the acknowledgments of your next book. When my debut novel came out, I was flattered and happy when friends from as far back as elementary school got in touch, and it was a great chance to catch up and vow to stay in better contact. 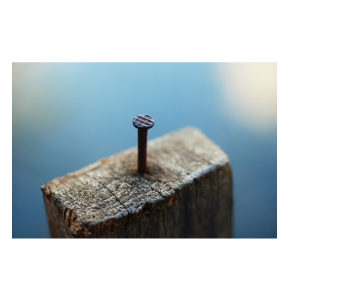 This is you, dear author.

But there’s another side to being the nail that sticks out, and that’s why it’s important to get a grip on negative reviews. Sometimes, that nasty, lengthy, makes-no-sense personal attack of a review is written by someone for whom it really IS personal.

I’m referring to the long-lost enemy.

We all have one. Maybe it’s a cousin who’s still mad about that potato salad incident at the family reunion twelve years ago, maybe it’s a former friend who’s jealous of your success, maybe it’s a romantic rival or an ex who’s looking for revenge. There are even cases of other authors posting flame reviews on their competitors’ books, like the recently disgraced RJ Ellory. It’s gotten to the point where Amazon.com has stopped allowing authors to post book reviews, even back-scratching positive ones. Nothing is more upsetting than knowing or suspecting that someone you know has left a mean, nasty, ugly review about your book. But what can you do about it?

First, check the terms of service of the website. For instance, Amazon will remove reviews that reveal plot spoilers, are irrelevant, abusive, or that can be proven to be personal connections (either employees or competitors) of the author, publisher, or seller. This can be a good remedy.

Second, if you suspect a review to be dishonest and coming from a personal grudge-holder but can’t get it removed, don’t respond personally. Stay above it for all the reasons discussed on anonymous reviews, and for the additional reason that this person isn’t open to reason.

Third, if you have any trustworthy fans or friends, you can ask them to call out the reviewer on your behalf, posting a response like, “This review seems to be more of a personal attack than an authentic critique of the book itself.” But be careful not to overuse this weapon. The last thing you want is for your review section to go off-topic due to overzealous fans defending your honor.

Then trust the Internet (I know, I know…) to figure out the context.

Staying Above it All

Take a deep breath and remember that the Universe doesn’t pay attention to losers on the Internet.

It’s tempting to check your book pages every hour of every day, waiting for new reviews to appear and dreading the inevitable bad ones. But wait a minute—isn’t there something else you should be doing? Writing your next book! Even though words have so much power to lift us up or drag us down, you’re a professional published author now, and that means paying attention only to the words that YOU have control over, namely, your next great story.

By Editorial Department|2022-02-22T20:28:37+00:00|Miscellaneous|Comments Off on Miss Manners for Authors, Part 3 Our staff weighs in on best practices for responding to book reviews, good and bad