Optioned or Adapted for Film 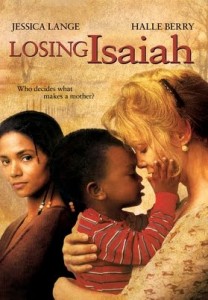 Based on the novel by Seth Margolis

The natural and adoptive mothers of a young boy are involved in a bitter, controversial custody battle. 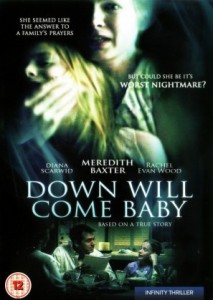 Down Will Come Baby

Based on the novel by Gloria Murphy

Leah Garr wants to move from Phoenix to take a new job in Denver to help her family (Husband Marcus and Daughter Robin). When Robin goes to camp to give her parents time to sort things out, something unexpected occurs. On Robin’s return from camp she finds out her mom is taking the new job in Denver, only returning each weekend to visit. During this turmoil in Robin’s life, A new lady, Dorothy, befriends Robin, moves into the same apartment complex and spends a lot of time with her and her father Marcus. Leah is concerned about this because she does not know very much about Dorothy or her intentions. It soon becomes clear that Dorothy is after much more than friendship with the Garr family. 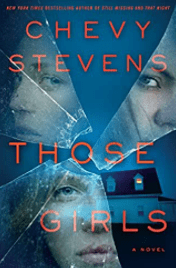 Life has never been easy for the three Campbell sisters. Jess, Courtney, and Dani live on a remote ranch in Western Canada where they work hard and try to stay out of the way of their father’s temper. One night, a fight gets out of hand and the sisters are forced to go on the run, only to get caught in an even worse nightmare when their truck breaks down in a small town. As events spiral out of control they find themselves in a horrifying situation and are left with no choice but to change their names and create new lives.

Eighteen years later, they are still trying to forget what happened that summer. But when one of the sisters goes missing, followed closely by her niece, they are pulled back into the past. And this time there’s nowhere left to run. 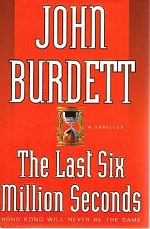 As the clock winds down on British Hong Kong, three heads are found floating in the water of the harbor, and Chief of Police Chan Siu-kai embarks on a search for the killer and uncovers the truth about a possible British cover-up.

Film rights have been sold to 20th Century Fox.