Even if you haven’t seen many Westerns, you’ve probably absorbed this knowledge via cultural osmosis—I certainly had. 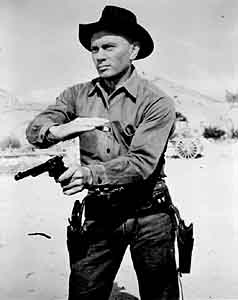 Yul Brynner in his black hat

Fortunately, the first Western I was privileged to watch was The Magnificent Seven (if a cowboy movie based on a Japanese film inspired by the mythology of the American Old West can be simply termed a ‘western’).

When Yul Brynner appeared, black hat on head, I pointed. “So, the bad guy?”

My fellow movie-watchers merely smiled. “Just watch,” they said. And boy did I.

For those who haven’t seen it, The Magnificent Seven was a dark film for its time and genre. While the bad guys certainly aren’t good, the good guys aren’t much better. Mercenaries and moneygrubbers you end up cheering for, though at times you wonder why. It’s a film that holds a powerful lesson for would-be fantasy and science fiction authors: your hero need not be a knight in shining armor, or even a ruffian with a heart of gold. The truth is, pretty much anyone can be your hero—and anyone can be your villain.

Part of what really captured my attention on reading the first Harry Potter book was how beautifully Rowling played Severus Snape. Not only does Rowling maintain a delightful ambiguity regarding his true allegiances, she’s also not afraid to give us a complete and utter bastard as one of her “Good Guys”.

One of the most terrifying bad-guy models is the character that commits unspeakable acts, all the while believing himself to be the good guy. There is something truly chilling in confronting such a villain. Don’t think this model is limited to religious or political zealoutry, either—Alan Moore’s Watchmen contains some fine examples, and I recommend it strongly. 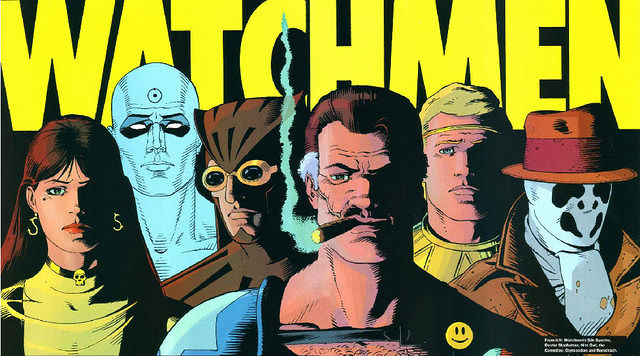 Hero and villain need not necessarily fall on the sides of Good and Evil (respectively).

Having established that, what remains is to determine how you can build convincing protagonists and antagonists (particularly in the context of a fantasy or science fiction novel).

I have, in past articles, discussed the importance of strong characters in a fantasy novel. In some ways, protagonists and antagonists are no different—real, flawed, human characters are the foundation on which you’ll build. As for heroes (and villains), ensuring certain aspects of development will make for richer, more deeply textured stories—and ultimately, more readable, saleable work.

First and most important: rarely do people or characters have a single motivation for anything.

Even very basic motivators (revenge, death, love) all involve innumerable rationalizations, feelings, perspectives, and attitudes. No hero is ever on a quest solely to save the realm (at least, not by the time we reach the midpoint). He’s there to prove his worth, ease his guilt, support his comrades, and a thousand other tiny things. Whatever your protagonist’s or antagonist’s goal, it’s multi-faceted, and you’ll need to show the reader as many of those facets as possible.

The second most important aspect of developing good guys and bad guys: don’t be afraid to let your characters lose sight of their objectives (briefly).

Even super-villains have to do laundry at some point, and presumably the hero had a life before he left home to save the world. Having minor, unrelated matters occasionally intrude and interfere with a character’s goals lends your work authenticity and interest (though an entire chapter on the hero’s falling grades is probably excessive). Single-mindedness can be scary, but it can also be very, very boring.

Thirdly and finally: while there is nothing wrong with unique strengths, powers, weaknesses, or tragic flaws, they aren’t necessary.

Your hero can be the most unremarkable person ever to pick up their mail in a bathrobe—as long as they are an interesting person, they need not be terribly heroic. Ordinary folk applying common sense to difficult situations are often quite likely to win the day, and this in itself is such an unlikely event that readers tend to adore it when it does happen. If you’re looking for a truly prime example of this, I suggest Un Lun Dun by China Mieville—easily one of the best young adult fantasy novels I’ve read in recent years.

Black Hats are one kind of trope. Here are a few other Fantasy tropes and lesser-known books featuring them.

The Legends Live Among Us

The Wild Road by Gabriel King

The Fire Rose by Mercedes Lackey

Looking for guidance in making your characters more dynamic, memorable, book-worthy, or even series-worthy? We have several editors on staff who specialize in helping authors strengthen character development, voice and dialogue, character arc, and character-based subplots.  Contact Ross Browne in the Tucson office for more information or check out our menu of available services here.

We use cookies to ensure that we give you the best experience on our website. If you continue to use this site we will assume that you are happy with it.OkNoPrivacy policy