Skip to content
Home/The Editorial Process, The Writer’s Craft, Trends/Everyone Needs an Editor: A Final Lesson from the Harry Potter Series
Previous Next

Everyone Needs an Editor: A Final Lesson from the Harry Potter Series Principle Five: All good writing needs good editing

[by Jane Ryder with Beth Jusino]

“So why couldn’t Malfoy have brought that necklace into the school?”

Many readers, myself included, echoed Hermione Grangers’ frustration at that point in Harry Potter and the Half Blood Prince.

For the past few weeks we have been looking at JK Rowling’s best-selling Harry Potter books, and the lessons that aspiring authors can learn from them. We talked about when to hold back detail, how to drop hints, and the importance of believable characters and creative worlds.

But before you think that we see Harry Potter as the Holy Grail of fiction, let’s move on to part five.

Principle Five: Sometimes Established Authors Get Away with Things They Shouldn’t

When Harry Potter and the Philosopher’s Stone first released, it was a quick-read novel at just over 200 pages. As the popularity of the series grew, so did the page counts. The plots grew darker, the subplots more intricate, and at least from this editor’s perspective, the characters started to repeat themselves. How many times does a reader need to hear that Harry thinks Draco Malfoy is planning something sinister? Or see the Weasley twins plotting a prank? And do we really need all those adverbs to tell us how the characters are feeling?

Here’s another observation: there are plot holes in the Harry Potter stories. How did Harry get the Marauder’s Map back in The Half Blood Prince? The Mad Eye Moody imposter had taken it from him in The Goblet of Fire, and the reader never sees it returned. Yet just when Harry needs it again, he seems to have it.*

How does this relate to your own writing journey? Just like this: not even the Harry Potter books, the fastest selling novels in history, are perfect.

There are several lessons authors less well-known than JKR can take from this.

Lesson One: Editors Are Human

We all know writing has its ups and downs: sometimes the words flow as if by magic, and sometimes it’s a bitter struggle to find each one. Editing, being so closely aligned to writing, is the same way. As editors we strive to give every moment of every manuscript our very best effort, but sometimes we miss things, or we get caught up in the story and forget we’re editing, or sometimes we simply don’t realize something is wrong. Language is complex, stories are complex, and you’re never going to find one single editor who knows everything about everything and can spot every flaw in every manuscript. Editors are human beings, and that means we’re constantly learning, expanding our frames of reference, and increasing our knowledge. The same way authors look back at their previously published works and wish they’d done A,B, or C differently, editors often look back and wish they could make changes based on everything they’ve learned since the last time they got their hands on a certain manuscript. Writing is an art form, and no art form is ever going to be perfect in the eyes of all beholders, especially those who create it.

Lesson Two: Established Authors Have More Control, Even if They Shouldn’t

Years ago, there was a certain c 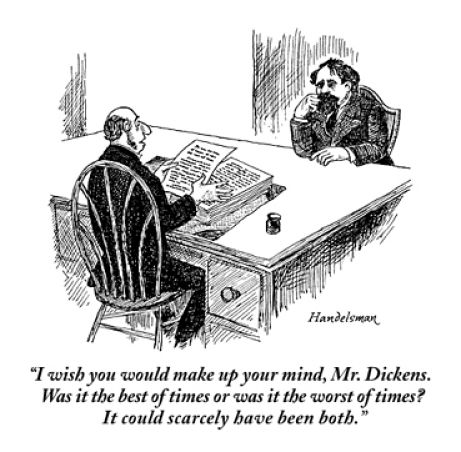 lient whose book we loved. She quickly found an agent who loved her manuscript as much as we did, and the agent quickly established a dialogue with an editor at a major publishing house. The editor wanted certain revisions before he’d offer a contract, which the author undertook to make. Unfortunately, this process went on for so long and took the author so far away from what she’d intended as the heart of the book, that finally she withdraw it from the publisher’s consideration. After talking to her agent, she decided to set that novel aside, write something more commercial, and get the original novel published after she’d established herself.

This is a pretty common situation, and something we deal with often in referrals from agents. Once you have some sales under your belt as an author, you have a much greater say in the degree to which anyone else can meddle in subsequent books, and even what gets published. Obviously in cases like the above where editors don’t truly “get” a manuscript and want to change it to the point it’s an entirely different story, that’s a good thing. But it’s dangerous for authors to exert too much control, or feel they’re beyond the point where knowledgeable, objective input will be helpful. Sometimes ego — or feeling publishers”owe” you for all the sacrifices you’ve made — gets in the way of your best efforts.

Which brings us to the next lesson.

In the writing biz there’s a remarkable correlation between confidence and marketable manuscripts, but you may be surprised to learn it’s an inverse ratio: the louder a writer asserts that their bestseller status is inevitable, the less likely it is their manuscript has any potential whatsoever. The converse is also true: the best manuscripts we see are usually from writers convinced they’re kidding themselves and who expect us to tell them to take up golf instead. This is often because the less confident authors not only read voraciously themselves while the overconfident often proudly state that they don’t read at all, but because the less confident have also actually educated themselves a bit about publishing, and understand what they’re up against. The self-doubting authors welcome criticism because their goal is to write the best book of which they’re capable; while as you might expect, the confident writers are generally not terribly open to constructive suggestions for improvement. Their focus is on getting published, so they simply want their books to be “good enough.” And of course there’s always the issue of being sick to death of the bloody manuscript by the time it’s even halfway ready for publication, so you just want to stop looking at it and move on, warts and all. But is that really what you want for your book, when it’s going to be out in the world in this form forever? Do you want to get away with overuse of adverbs, or redundancy, or continuity problems?

What This Means to You

Looking for guidance or editorial feedback on a novel you’re working on? We have an experienced team of editors who specialize in everything from plot architecture to character development, world-building to dialogue that sparkles. Please contact Ross Browne at the Tucson office for more information.

Not even the much-admired JK Rowling can write alone. She has beta readers and, most importantly, an editor or even several — just like every other major novel in print — to help her deliver books that are engaging and satisfying from start to finish, with a minimum of problems readers will be asked to overlook. An editor’s skill lies in finding the plot holes, catching the repetitions, and polishing the prose while letting the author’s unique style and word choices shine. An experienced, knowledgeable editor is a book’s invisible helper, whose job it is to make the author look good, without sharing in the credit or limelight. You don’t have to go it alone.

If you have a manuscript you’ve been working on for months or years, and if you’re starting to feel stuck or just want to know if it’s as good (or bad) as you think it is, consider asking for help. If you’re up to your ears in plot twists and interior monologues, get a second opinion from someone you trust. Ask your local library or bookstore if there are critique groups, find a writing conference in your genre, or consider investing in a professional editor to help you see what you’re already doing well and what might benefit from further development. Editors don’t exist to crush writers’ spirits and nitpick punctuation; they’re people who love the written word and want to help authors put their absolute best work forward. (See “What Editors (Really) Do” for a more in-depth look at the process).

No matter which path you take, keep writing. Carve out time for your book and keep at it. You never know when an idea scribbled on a napkin will become the story of a century.

*There might be an explanation for the map return that I missed. If you saw it, please drop a note on our Facebook page to let me know.

By Editorial Department|2022-02-15T20:39:48+00:00|The Editorial Process, The Writer’s Craft, Trends|Comments Off on Everyone Needs an Editor: A Final Lesson from the Harry Potter Series Principle Five: All good writing needs good editing