Grisham vs. Grisham Considering authorial freedom within the confines of genre fiction

Did a bestselling master of his genre write the same novel twice?

On first glance, it might look that way. The premise and plot setups of John Grisham’s 1999 release The Testament and his 2013 release Sycamore Row are remarkably similar. Both novels feature:

But for all their similarities, the stories themselves (and the experience they create for readers)  couldn’t be more different. Lurking in these differences is a reminder how vast and varied the landscape of story is for novelists, even when working within genres we often think of as formulaic. 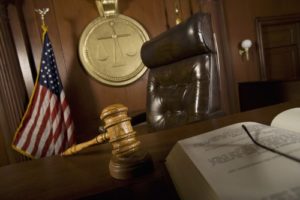 The setting for many a legal thriller

Sycamore Row is a riveting novel that stays mostly within the expected boundaries of a racially charged legal thriller. There are some wonderfully memorable characters here, but it’s a highly plot-driven story with many scenes focusing either on the legal battle for a dead man’s money or on each party’s preparations to prevail in court.  There’s a big, dramatic trial, a verdict, a mystery solved along the way. It’s an exciting, richly satisfying novel that doesn’t stray far from its expected course. 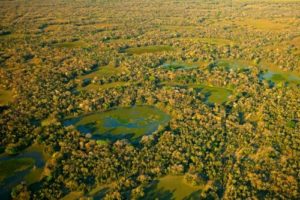 The setting for much of THE TESTAMENT

While The Testament has its fair share of scheming lawyers, there is no trial like in Sycamore Row because the case–SPOILER ALERT–ends up being settled amicably. The legal drama is actually limited to just a few depositions. Much of the book isn’t set anywhere close to a courtroom but instead the wild, beautiful, and often dangerous world of Brazil’s Pantanal wetlands, where the surprise heir to Troy Phelan’s millions works as a missionary, living a life where money has very little value or appeal to her. And much of the story focuses on protagonist Nate O’Reilly’s path to overcome addiction and experience an unexpected spiritual redemption as he endeavors to find this woman and persuade her to accept Troy’s money.

The not-insignificant portion of the story set in Brazil feels more like an adventure novel than a legal thriller, yet there’s a strong thread of connection between the action in the wilds of the Pantanal and the efforts of the lawyers and families back home.

I enjoyed both books enormously and admire John Grisham’s skill and imagination in spinning a near identical inciting event into two very different novels. A scan of Amazon’s review totals (2000+ for The Testament vs 19,000 plus for Sycamore Row) suggests that readers prefer more traditional Grisham fare where lawyers seek victory for their clients in courtrooms.  But I suspect those numbers would be a good deal closer had Amazon’s review engine been in place when The Testament was released in 1999.

Both novels showcase a talented author who’s not afraid to take risks and whose writing and story craft continues to get better since he turned so many heads with A Time To Kill and The Firm, back in the late nineties. I look at Grisham’s success with The Testament and Sycamore Row  as a source of comfort for writers who might feel constrained by the lanes of genre fiction or bristle at the formulas thought to lurk in the foundation of many mysteries, legal thrillers, police procedurals, and such. The trick is to not let the conventions of a given genre (or reader’s expectations) limit your imagination. Remember that some of the most successful novels break rules, blend genres, or take readers to unexpected places within the framework of established formula.

It seems to have worked for John Grisham.

By Ross Browne|2022-02-15T20:29:34+00:00|Behind The Bestsellers, Book Reviews and Analysis, General, Mystery / Suspense, Recommended Reading, The Writer’s Craft|Comments Off on Grisham vs. Grisham Considering authorial freedom within the confines of genre fiction