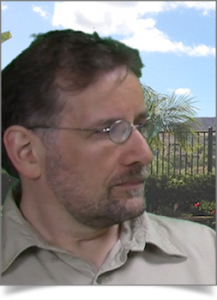 John’s sci-fi/tech-thriller novel Nano was published in hardcover and paperback by Tor/Forge (St. Martin’s Press), and he literally wrote the book on film adaptations—after extensive interviews with novelists, screenwriters, directors, producers, and others whose movies have collectively earned over $50 billion worldwide. Make Your Story a Movie: Adapting Your Book or Idea for Hollywood was originally published by St. Martin’s Griffin; an updated second edition will be indie published.

One of John’s action screenplays went into development with producer/director Jan de Bont, whose credits include Speed, Twister, Minority Report, and Lara Croft: Tomb Raider. Another action script is also in development. When John took a brief vacation, the producer of the Tom Cruise / Jamie Foxx action-thriller Collateral hired a private detective to track him down, so she could option his latest romantic comedy script before anyone else.

For the past two years, John has been researching indie publishing while writing and preparing to rapid-release a six-book science fiction/thriller series. He draws on that knowledge gained through hundreds of hours of research when consulting with TED clients who wish to self-publish.

Flashing The Reader A practical guide to clearly managing transitions of time, place, and viewpoint in fiction

Make Your Book a Movie or TV / Streaming Series What Hollywood wants. Why they want it badly. How to maximize your odds of adaptation success.

Adapting Your Book for the Screen A Hollywood primer

Paths to Publishing: Thinking Ahead A primer on traditional and independent publishing options for 2022

Revise Your Book, Hollywood-Style A novelist, screenwriter, and editor shares his take on a secret weapon for manuscript revision

Is Your Book a Movie? (Part 2) A crash course in book-to-screen adaptation