Coauthor of Self Editing for Fiction Writers with over 50 years’ experience editing books.  Specializes in manuscript critique, developmental editing, and line editing for many genres of fiction and nonfiction. 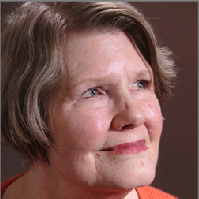 Renni Browne has been editing fiction and nonfiction for over 50 years. Before she became an editor for Scribner’s in 1966, she was a copyeditor for Time-Life Books, coauthor of a novel, and assistant fiction editor for Woman’s Day. When she left Scribner’s, she worked part-time for a paperback publisher and a literary agent while reviewing books for Kirkus, Library Journal, and Publishers Weekly. She interviewed to be a senior editor but was told by more than one publisher that although she was qualified, “women aren’t senior editors.” Then the literary agent she worked for told her, “Sol Stein is looking for a senior editor—you’re perfect for him.”

And so in 1968 she became senior editor at Stein & Day, where a number of books she acquired and edited over her seven years there landed on the New York Times bestseller list. She next became a senior editor at William Morrow, where she was encouraged to spend a great deal of time helping market her titles and cultivating relationships with literary agents but very little time editing the manuscripts she acquired—a trend, she realized, that was beginning to pervade the industry. She left mainstream publishing in 1978 and in 1980 founded The Editorial Department, so named because it offered the services publishers had once routinely provided. In 1991 she and Dave King wrote Self-Editing for Fiction Writers, still the bestselling title on editing, now in its fifth printing and second edition from HarperCollins.

Over the years Renni has reviewed books for magazines, appeared on NPR, cofounded a writer’s conference, and given workshops and seminars around the country on self-editing, dialogue, getting published, and other topics of interest to writers. She lives in Asheville, North Carolina, with two cats. Her free-time pleasures are music (especially blues, Bach, and bluegrass), movies (from TCM silents to the Coen brothers), and above all, reading. She mostly reads fiction. “Good stories, from a much-loved classics to the latest C.J. Box thriller. And I enjoy southern fiction and odd murders.”

Characters: Making Them Real Tips on making your characters convincing and memorable from editor Renni Browne

What Editors (Really) Do A guide for authors, by Editorial Department founder Renni Browne

The Writer’s Secret Weapon: The Power of What You Leave Out Editor Renni Browne explores the value of what’s left unsaid in good storytelling