Editor, collaborator, and ghostwriter specializing in line editing, copy editing, and proofreading for all genres and developmental editing of narrative nonfiction. 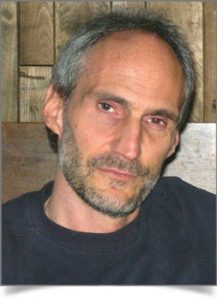 Doug Wagner is a longtime journalist who spent nearly 25 years polishing others’ work as a copy editor and serving as a movie critic and feature writer. Since the Rocky Mountain News closed in 2009, he’s ghostwritten two nonfiction books and cowritten one, and he’s currently working on his first as solo author. Oh, and he’s finally “finished” his first novel.

Doug’s writing and editing work has spanned subject matter as diverse as wildlife biology, business, weight loss, mountaineering, and the grieving process. He’s also put the flesh on bare-bones fiction concepts, turned rough drafts into final drafts, and developed book proposals for the likes of a Mafia boss’s daughter and the only person to have skied down the “seven summits.” Specialties include science writing, narrative nonfiction, dialogue, and promotional pitches, and areas of particular interest include music and film, food and wine—the good things in life.

In recent years, Doug—who’s rarely happy if he isn’t learning something new—has made a concerted effort to read almost exclusively the works of authors he’d never read before. But through the haze of all that new information, he can recall having been a big fan of the best efforts of Saul Bellow, John Updike, W. Somerset Maugham, D. H. Lawrence, Truman Capote, William Kennedy, and Tennessee Williams. And any list of favorites would also have to include The Brothers Karamazov, Catch-22, The Great Gatsby, and P.G. Wodehouse’s Jeeves and Wooster series.