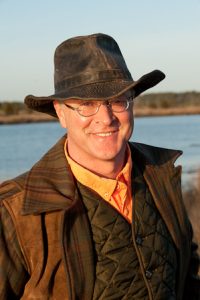 Maryland Eastern Shore native Robert Blake Whitehill is an award-winning author of the Chesapeake-based Ben Blackshaw Series, with a Book of the Month win from Conversations Book Club for the series opener, Deadrise.

Robert joined The Editorial Department in early 2017 to evaluate screenplay potential for our clients and provide editorial guidance and ghostwriting/collaboration support to authors whose novels or narrative nonfiction works have legitimate potential in film and television.

Contact Robert
We use cookies to ensure that we give you the best experience on our website. If you continue to use this site we will assume that you are happy with it.OkNoPrivacy policy