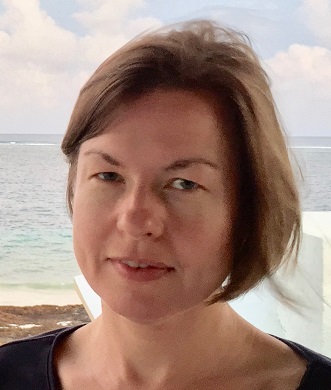 Diane Stockwell has worked in book publishing for over 25 years in a wide range of positions, giving her broad and deep knowledge of the industry that she is eager to share with new authors. She moved to New York after graduating from Wesleyan University, and started out in the editorial department of Warner Books (now Hachette, a ‘Big five’ publisher). Diane’s first acquisition was Pray for Us Sinners: The Hail Mary Murder, a shocking true crime story pitched to her by journalist Fred Kunkle over beers at Mare Chiaro, a legendary bar on Mulberry Street that also served as Johnny Sack’s headquarters on The Sopranos.

After acquiring numerous nonfiction works including Warner’s first forays into the Hispanic market by celebrity authors, Diane moved on to Kensington Books to start up Encanto, a critically acclaimed line of bilingual romances. From there, Diane launched her own publishing company, Globo Libros, with two illustrated children’s books while also working as a trade sales manager and editor for a small independent publisher in Miami. When a Chilean journalist approached her out of the blue to be her agent because there were none for authors in Spanish, Diane recognized a need and launched her literary agency, sold Our Heroes, a portrait of the Hispanic firefighters who had perished on 9/11 to Planeta Publishing, and performed the translation into English.

Diane gradually grew her agency with an increasing focus on authors who meaningfully add to the public conversation on important issues and tell stories that have not been heard before. Her experience as an acquiring editor informs her freelance work with authors to develop strong proposals and queries that get noticed. Notable projects include There Goes the Neighborhood (Prometheus) by Ali Noorani, Dreamers: An Immigrant Generation’s Fight for Their American Dream by journalist Eileen Truax (Beacon Press), Democracy in Danger (Rowman & Littlefield) by Obama White House liaison to DHS Jake Braun, and the forthcoming Slaves for Peanuts (The New Press) by Whiting Foundation Creative Nonfiction grant award winner Jori Lewis.

With extensive experience translating books, with works published by Penguin, Simon & Schuster, Macmillan, Verso and more, Diane brings a unique skillset to her specialty of line editing where she aims to distill a writer’s prose to its purest, clearest essence. She also enjoys developmental editing, substantive editing, and book planning for nonfiction and select genres of fiction.

Outside of the book world, Diane plays fiddle, attempts to play guitar and sings in bands around New York City. She is a volunteer translator for kiva.org, supporting fledgling entrepreneurs around the world with microloans (check them out!) Diane lives with her husband and son in Manhattan.